For the start of There She Is, seen at Frascati on October 9, Keren Levi has positioned herself to the side of the stage, casually, waiting for the audience to take their seats. The piece simply starts with the maker walking to the centre of the stage and introducing the work we are about to see.

There She Is is part of an ongoing and mutating solo work, Departing Landscapes (term taken from one of Levi’s inspirations, the composer Morton Feldman). It began in 2018, at a time when Levi experienced, in her own words, so much inner noise that she was forced to reduce her work practice. So, she started to work by herself, mining the possibilities of a single idea. Tonight we are witnessing the latest form this work has taken. She announces it will begin with a story, followed by some movement and that the last part is for us to figure out.

A song plays, and she sits down in the audience. Once the music finishes, she walks back to centre stage and begins to tell the story of the day of her grandmother’s funeral in Israel, describing her father, her uncles, the cemetery. She sings in Hebrew. She describes the house, where she finds a box with photographs: “There she is!”, her grandmother.

Onstage, Levi is physically holding a box herself, white, made of carton. It looks generic and yet very precious. She organizes her body language around the rectangular object, making it the central point of this narration. Walking on an invisible straight line towards the audience, she softly guides us through these memories in a voice that sounds semi-mechanical, but is also tainted by emotions. The relatability of her descriptions, in union with this simple, yet sophisticated delivery immerses us completely.

Gently, she starts moving here and there, until she is dancing an informal waltz. A game of shadows starts between her body and the backdrop. Soon enough we realize the shadow is actually a video. The recorded shadow of her body moves with her real-life body until the image invades the entire wall. This visual piece by Assi Weitz is beautiful in its simplicity and accurately accompanied by Tom Parkinson’s sound.

The meditative quality of the final scenes closes without cutting off this glimpse of the story we have been gifted with. There She Is is a very personal work that feels like a chapter in a long and exciting book of life. Keren Levi has been working closely with herself and here, she skilfully shares a crafted piece of that with the audience. We are aware that there is much more to know and see, but we will get to experience that only when she invites us again. 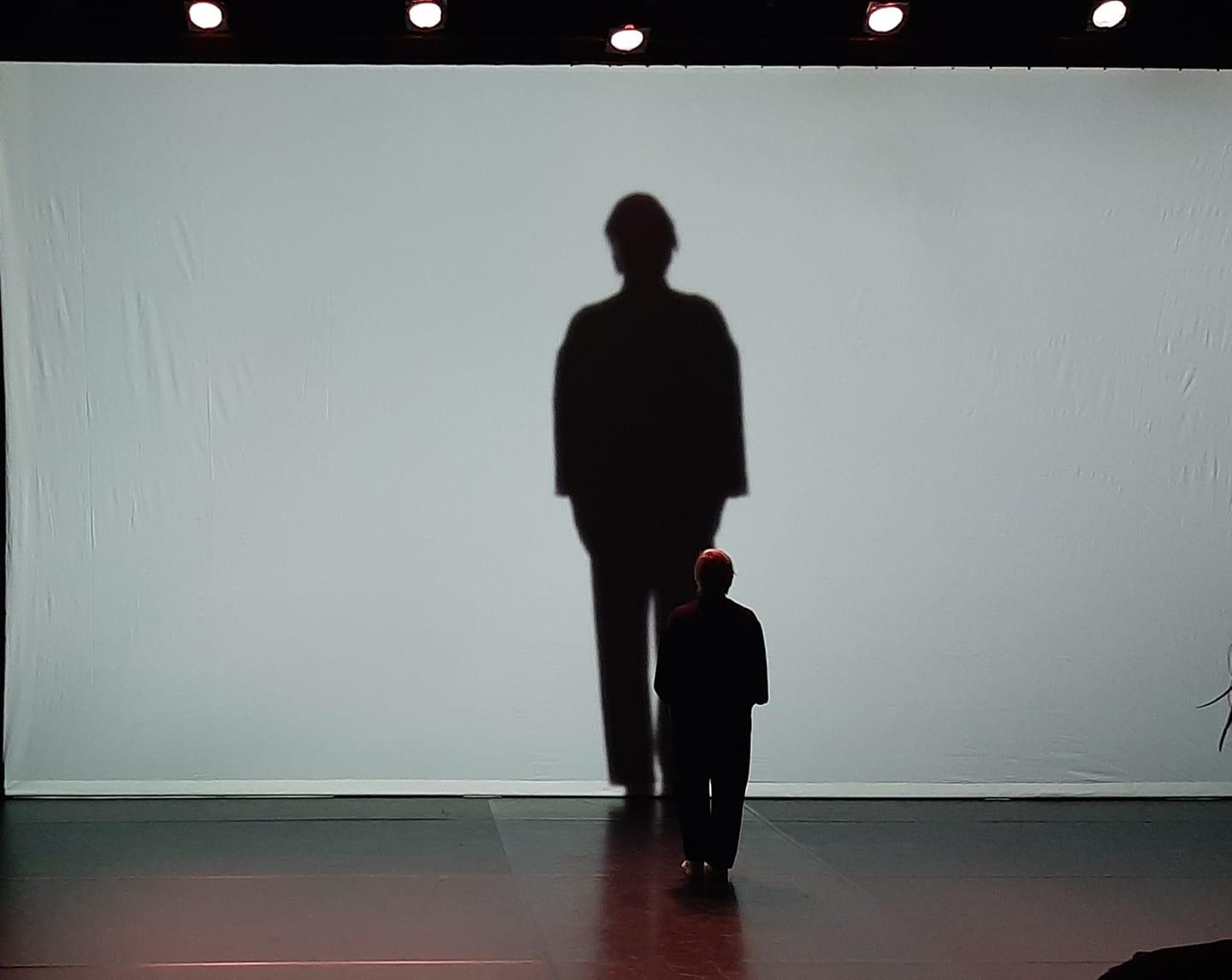